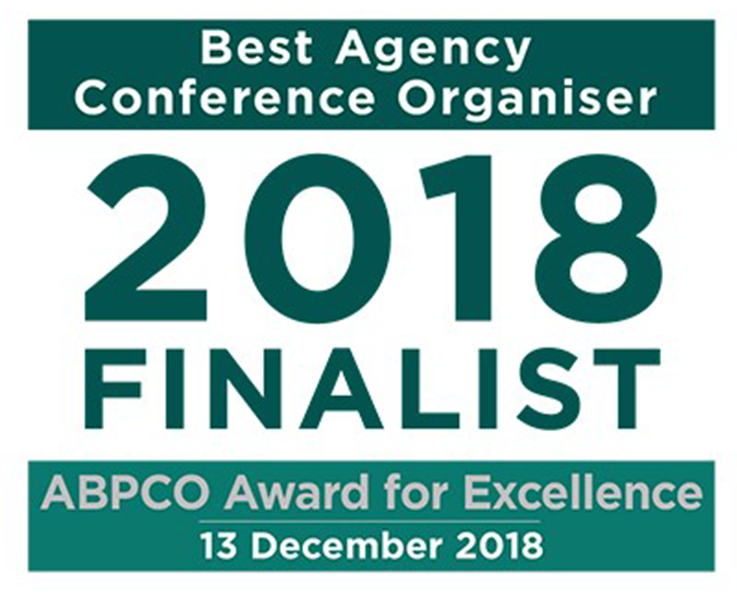 CPI has just been announced as a finalist in this year’s Association of British Professional Conference Organisers.

Conference Partners International (CPI) is delighted to announce they have been shortlisted as a finalist in the Association of British Professional Conference Organisers (ABPCO) Excellence Awards. CPI beat some stiff competition and along with two others PCOs are in the running for Best Conference by an Agency Conference Organiser.

CPI are shortlisted for their work and collaboration on the Children’s Global Media Summit 2017 (CGMS) which took place in Manchester, December 2017. CGMS saw CEO’s, Content Creators, Government Officials, Academics and Law Makers from around the globe descend on Manchester to discuss the important issues surrounding children and media and the impact of digital technology. His Royal Highness, The Duke of Cambridge was in attendance and gave a keynote address on day 2 of the Summit. In his speech, he spoke about impact media and unlimited freedom in the digital sphere can have on children and their mental health and asked the attendees to help solve the problems that our youngest audiences face online every day.

This year, the awards will take place in Glasgow on the 13th December. The awards ceremony is an interactive event, with presentations from each of the nominated finalists with peer judging on the day. The Excellence Awards are a fantastic opportunity to recognise and celebrate excellence, best practice and the best in our industry. .

‘We are absolutely thrilled to be nominated for Best Agency Conference Organiser in the same year as we celebrate 20 years in business. Well done to our Manchester team who delivered such a creative and engaging summit. The ABPCO awards are a wonderful recognition of hard work and are particularly meaningful as they are peer-assessed. We are really looking forward to the awards ceremony in December.’

About the ABPCO
The Association of British Professional Conference Organisers Limited (ABPCO) was founded in 1981 and incorporated as a company limited by guarantee in 1987. Their key objective is to facilitate, advise, mentor and offer guidance to those seeking the essential quality standards required to deliver a professional event.
ABPCO is one of very few UK conference and event industry associations to select Full and Associate Members based on peer assessment. This means that clients and suppliers can expect ABPCO Members to deliver business and ethical standards in the management of national and international association and corporate conferences, seminars, meetings, exhibitions and other events.