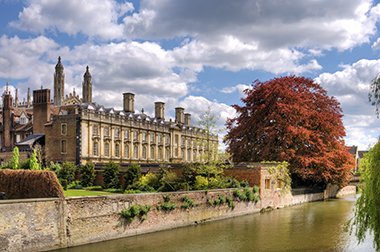 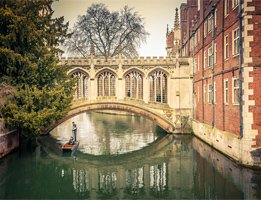 Conference Partners’ Managing Director, Nicola McGrane, was invited to speak at the prestigious Great Ambassador Networking Group (GANG 2014), which was held in the University of Cambridge in March, 2014. The event was hosted by Conference Cambridge, the free venue-finding service for the University, Colleges, hotels and other unique properties in and around Cambridge. Judith Sloane, Deputy Manager at Conference Cambridge said: “GANG started because a group of Ambassador Programme Managers recognised that ambassador programmes per se were not featured at any of the industry’s educational events. It’s a great example of the industry coming together, recognising a gap and doing something about it”.

The Group consisted of a wide range of delegates representing 22 different destinations from across the UK, including convention bureaux, universities, professional conference organisers and venues. Nicola presented the topic of working with professional conference organisers and this outlined the support and expertise which is available. As a Council member of IAPCO, the International Association of Professional Congress Organisers, Nicola was well placed to give an international overview of the services available. Other speakers at the event included Marco van Itterzon, who presented on ICCA’s new “big data” research tool as well as Sue Beverley and Tony Rogers who updates the audience on a recent survey into international ambassador programmes. Simon Gidman from VisitEngland also spoke about adding value from a national perspective to programmes.