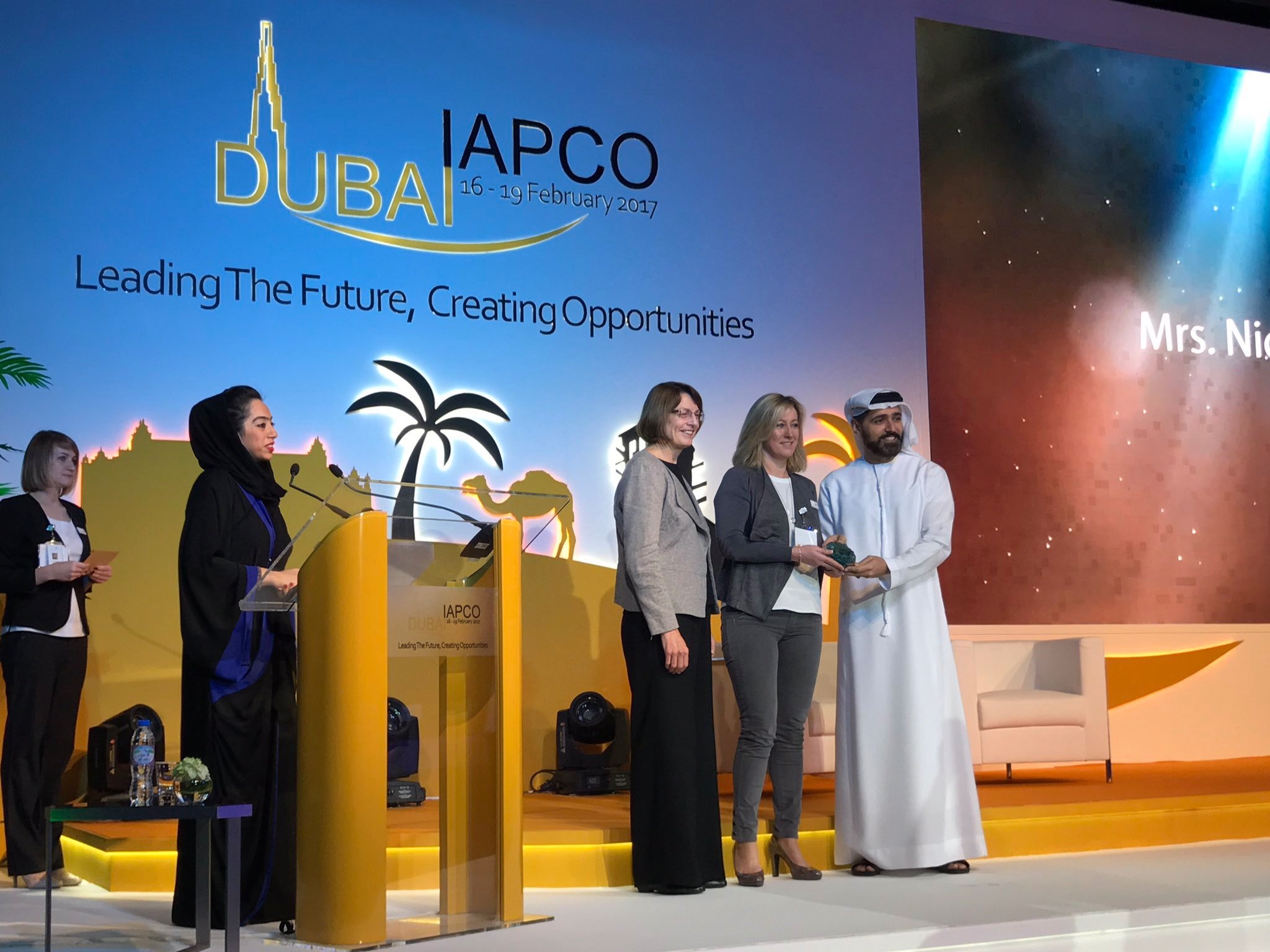 It is with great pride that Conference Partners announces it has collected the IAPCO Driving Excellence Client Award at the 2017 IAPCO Annual Meeting & General Assembly in Dubai on behalf of Vicky Rosin for ESOF 2016. The announcement was made to an audience of 100 of the world’s most influential conference organisers from 40 countries at The Hyatt Regency Dubai Creek Heights on Thursday the 16th February 2017.

Conference Partners, on behalf of our ESOF 2016 client Vicky Rosin, programme director and former deputy chief executive at Manchester Council, received this prestigious accolade based on a partnership which accomplished an efficient, innovative and prosperous event.

ESOF 2016 was held at Manchester Central between July 24-27 2016 and it saw participants from across the scientific community descend on the city to discuss and discover modern advancements in the sector. As Europe’s largest interdisciplinary science meeting, ESOF 2016 brought together 3,542 leading researchers, thinkers, innovators, policy makers, journalists and educators to Manchester from more than 80 countries. Speakers ranged from Sir Andre Geim and Sir Konstantin Novoselov, who were awarded the Nobel Prize for their ground-breaking work on graphene, and Professor Brian Cox to chief scientific officers and venture capitalists.

Conference Partner’s UK General Manager Sarah Fitzpatrick said: “The IAPCO Driving Excellence Client Award celebrates the demonstration of successful relationships and mutual respect between the client and the conference organiser, so it is a genuine honour for Conference Partners to present this accolade to our ESOF 2016 client Vicky Rosin.

We believe ESOF 2016 surpassed all preceding events due to the successful collaboration between the city stakeholders, industry, academia and suppliers which was spearheaded by Vicky in partnership with Conference Partners. Due to this collaboration, the collective talent delivered the most successful conference in the history of the EuroScience Open Forums.” 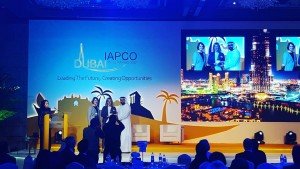